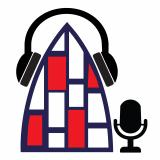 In this episode, we discuss Augustine’s City of God and its meaning for American politics today. What does Augustine’s famous metaphor of the two cities–the City of God and the City of Man–suggest about Christians’ place in 21st Century America? And what about his definition of a people as a group united by common loves? Is it correct, as President Biden argued in his inaugural address, that Americans fit this definition of a people? What common loves unite Americans today? Listen in!